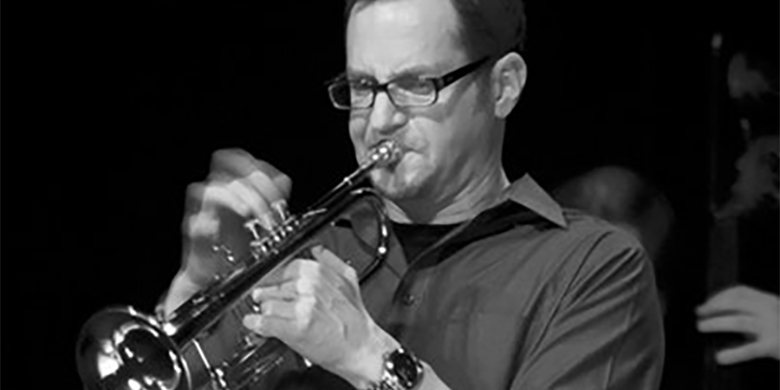 John Zappa works as a trumpeter and a drummer in a variety of styles with a variety of ensembles. He is a full-time Lecturer of Jazz Trumpet and Theory at Northern Kentucky University, where he teaches trumpet, Jazz Theory, Arranging, Jazz History and Jazz Appreciation. John performs regularly with his trio, Tony’s Hitmen, The Cincinnati Contemporary Jazz Orchestra, The Blue Wisp Big Band and the award-winning salsa band Tropicoso. His album “Not Too Slow, Not Too Fast…” released in 2012, features John’s compositions in a trio setting and was well received by national critic, Scott Yanow. After it’s inclusion in the movie, “A Man, A Woman, and a Maybe” John received the “Best Music” award at the Southern Ohio Film Association Winter Film Festival.


John’s other professional credits include concert orchestras and pit orchestras; recording for various album projects which include the Grammy-nominated “When Bullfrogs Croak” by Zach Morgan and “We Want the Funk” by Bootsy Collins for the movie “Undercover Brother.” He also records jingles, video game music, theme park and cruise ship shows. John has written, produced and recorded music for other artists, both jazz, and pop; and for t.v. and film.


As a lead player, soloist and drummer John performs frequently throughout the Cincinnati area. As a teacher, he has taught many private students, several of whom have gone on to successful college and professional playing experiences.