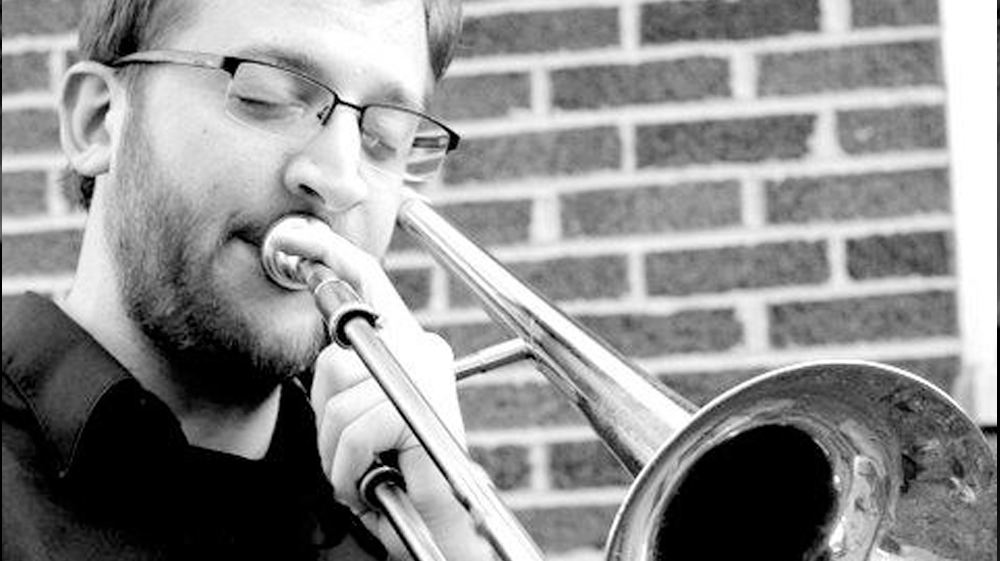 Scott Forney lives in Dayton with his wife and two kids. In 2007, he received his Bachelors degree from the University of Cincinnati, College-Conservatory of Music in music education. While at CCM, Scott studied with Marc Fields, David Vining and Tim Anderson. In 2010, he received his Masters degree from Capital University where he completed his Kodály certificate. He teaches at Harman Elementary in Oakwood City Schools where his teaching load includes grades first though sixth-grade vocal music, sixth-grade band, handbell choir and sixth-grade musical. As a freelance musician, he performs trombone locally in various groups including The Tom Daugherty Orchestra, Jazz Central Big Band and The Dayton Jazz Orchestra. He has played in the pit orchestra for Wright State’s Musical Theatre productions including Chicago, Hairspray, Phantom of the Opera, Anything Goes, No No Nanette!, Funny Girl, 42nd Street, Hot Mikado, Jekyll & Hyde: The Musical, The Music Man and 9 to 5. As someone who has been a longtime sub for the Blue Wisp Big Band, he is honored to now be a part of the group.