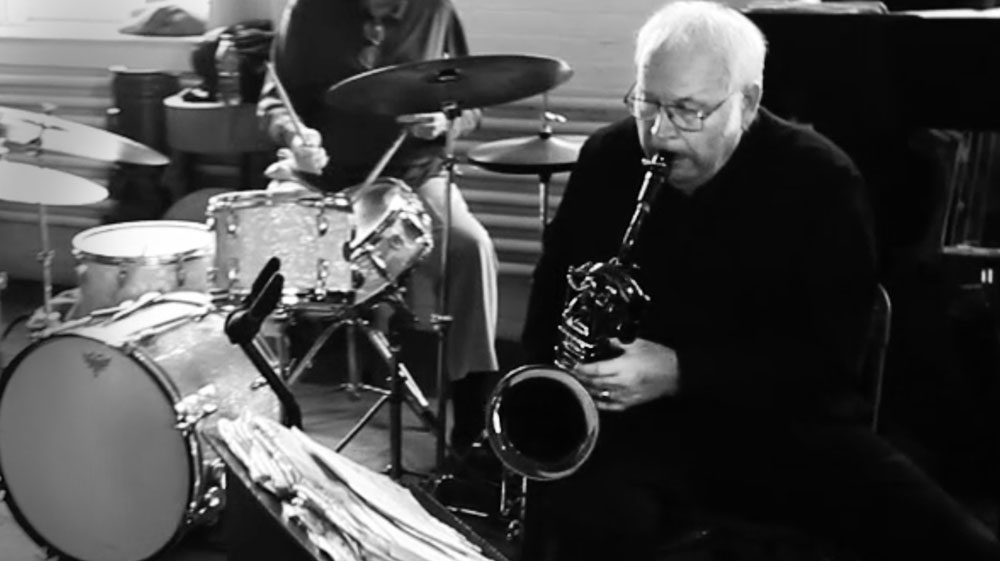 Larry Dickson, Professor Emeritus at Northern Kentucky University where he taught for 30 years, has maintained a second career as a professional saxophonist, composer and arranger, performing extensively throughout the Midwest since 1960. Larry has played baritone saxophone with the Woody Herman Band, Frank Sinatra’s New York Orchestra and the Cincinnati Symphony Orchestra. He has recorded with the Cincinnati Pops, Dave Brubeck, Gerry Mulligan, Mel Torme, Doc Severinsen and James Brown, among many others. Dickson is a charter member of Cincinnati’s nationally acclaimed Blue Wisp Big Band for which he has arranged and performed for the last 35 years. He has also played Carnegie Hall in New York with the Cincinnati Pops Orchestra. Throughout the years Larry has recorded on the Decca, Telarc, Mopro, J-Curve and Sea Breeze labels.

Larry first recorded with his own jazz quartet in the 1970s. The album, entitled “Blue Bari,” earned good reviews in the national jazz press. Also at this time Dickson performed and recorded with Frank Proto’s Symphony Jazz Ensemble, a group of Cincinnati Symphony members and a few other Cincinnati Pops musicians who wanted to play jazz. They released two albums on the QCA label. In the 1980s the Blue Wisp Big Band was formed and soon recorded a studio album produced by Cincinnati’s WKRC-TV, as well as a live recording at Carmelo’s Jazz Club in Hollywood, while the band was performing on the West Coast. During the 1990s Larry composed original chamber music for a classical ensemble, the Cincinnati Symphony Oboe Quartet and a CD of these compositions, “Contrast Galleries,” was released on Red Mark Records. At the end of that decade Dickson played with both the Ray Anthony Band and the Billy May Orchestra for a big band cruise on the Queen Elizabeth II ocean liner. Throughout the next ten years Larry wrote over two dozen arrangements for the Blue Wisp Big Band and appeared on all their CDs. Most recently Dickson has recorded two jazz quartet albums, “Second Springtime” and “Summergold Promises,” both for Baritaunic Records.