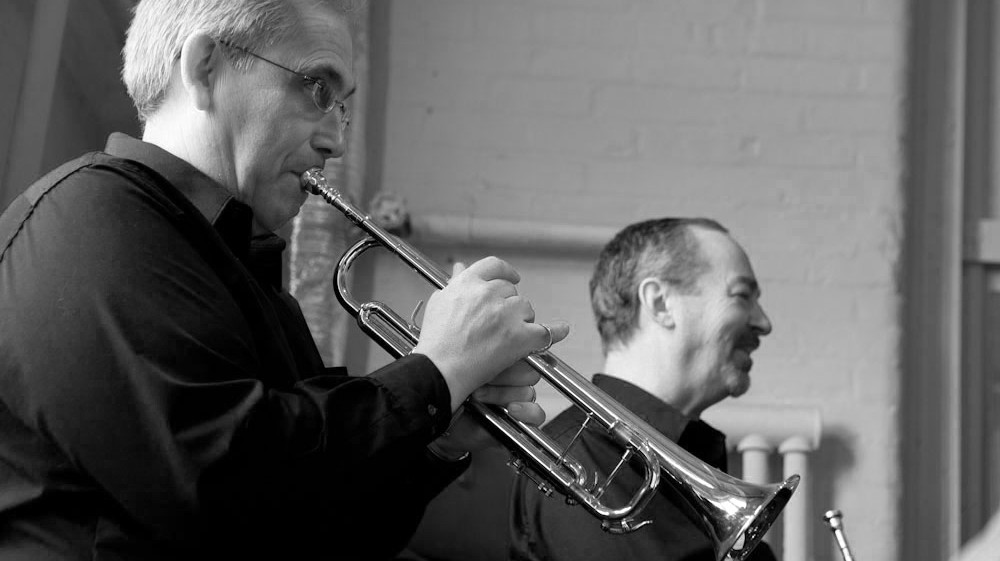 Kim Pensyl is a prolific jazz recording artist, composer, and arranger who was twice named one of Billboard’s Top 20 Contemporary Jazz Artists of the Year. A pianist and trumpeter, he has had four Top 10 albums on Billboard’s Contemporary Jazz chart. He has recorded with jazz legends such as Toots Thielemans, and modern greats like Joey Calderazzo and Bob Mintzer. Kim has performed at such esteemed jazz venues as The Blue Note and Blues Alley, and toured with the Woody Herman Orchestra and Acoustic Alchemy. More than 100 of his published works have been recorded, and he has more than 150 compositions and arrangements in his catalog.

Kim performs around Cincinnati and Central Ohio in various groups with Phil DeGreg, Rick VanMatre, and many others. He is a member of the Blue Wisp Big Band, Pat Kelly’s Psycho Acoustic Orchestra, Hank Maunter’s Masterworks Orchestra, Carmon DeLeone’s New Studio Big Band, and the Samba Jazz Syndicate. Kim is an associate professor of jazz studies at the University of Cincinnati’s College-Conservatory of Music, and is very active in his college teaching and program development, including a new Commercial Music Production program. Kim writes and performs with the Faculty Jazztet and guest artists at CCM, who have included Dave Liebman, Arturo Sandavol, Wynton Marsalis, Bob Mintzer, Terri Lyne Carrington, Rufus Reid, John Clayton, and Mulgrew Miller, among others.

In 2010, two new compositions by Kim premiered, one at the North American Saxophone Alliance conference in Georgia, and another at the International Trumpet Guild conference in Sydney, Australia. Also in 2010, Tim Anderson premiered “Pastoral Serenade,” a composition Kim wrote for trombone and piano, at CCM. Recordings include an album titled “Melodious Monk,” featuring Kim with pianist Phil DeGreg, released on Summit Records in 2011. The CD features the brilliant compositions of Thelonious Monk, portraying the old master in a new light. “Three Voices,” a recording of jazz standards featuring wonderful performances by Rusty Burge on vibes, Michael Sharfe on bass, and Kim on flugelhorn, was released on Summit Records in 2012. In addition to performing on those recordings, Kim also engineered and mixed the CDs. Kim is also working as a freelance engineer and has engineered, mixed, and mastered several other jazz recordings.

Learn more about Kim Pensyl on his website: http://kimpensyl.com.