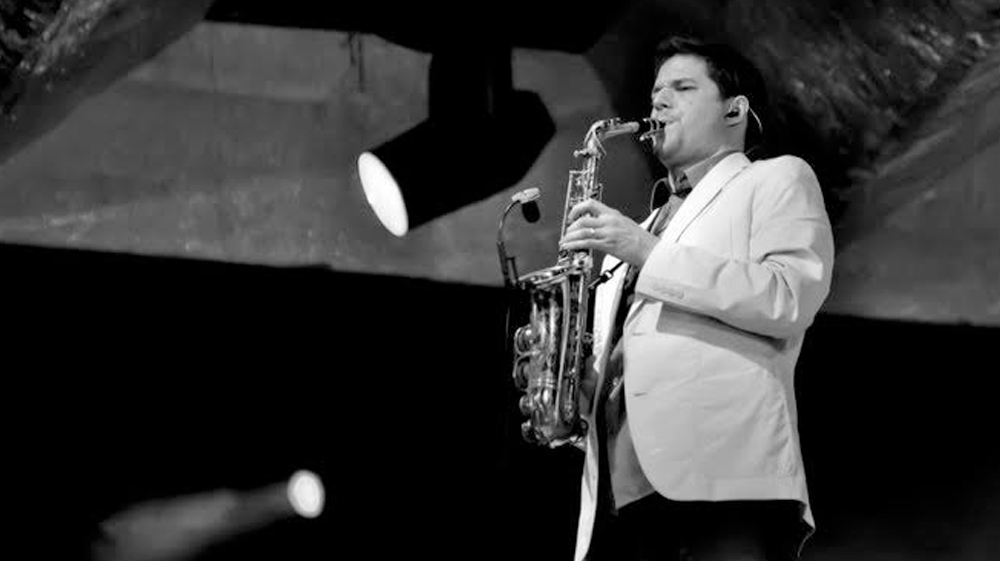 Dr. Jeremy Long is Associate Professor of Music in Saxophone and Jazz Studies at Miami University (OH). Also a performing artist, he is a versatile and critically acclaimed saxophonist who regularly performs as a soloist and with renowned artists and orchestras in many genres.

His debut recording as a leader, In Suspension (Innova), was considered for a Grammy nomination for “Best Jazz Instrumental Album.” Critics describe it as, “angular and complex…with lots of twists and turns” – Jazz Weekly, “strong in all respects” – All About Jazz, and “an incredibly impressive debut release” – Critical Jazz. Long has performed with the Cincinnati Symphony and Pops Orchestras since 2004, including two international tours. He performed for multiple audiences of up to 40,000 in a world tour as a featured soloist with multiple Grammy and Oscar winning-film composer A. R. Rahman (Slumdog Millionaire). In addition, he is the lead alto saxophonist with the Cincinnati Contemporary Jazz Orchestra, and has also performed in concert with Ray Charles, Pittsburgh Symphony and Pops Orchestras, Aretha Franklin, John Adams, Michael Feinstein, Idina Menzel, Cincinnati Opera and Chamber Orchestra, Chaka Khan, New York Voices, the Temptations, and the Manhattan Transfer. He is a Conn-Selmer Artist and a D’Addario Performing Artist.