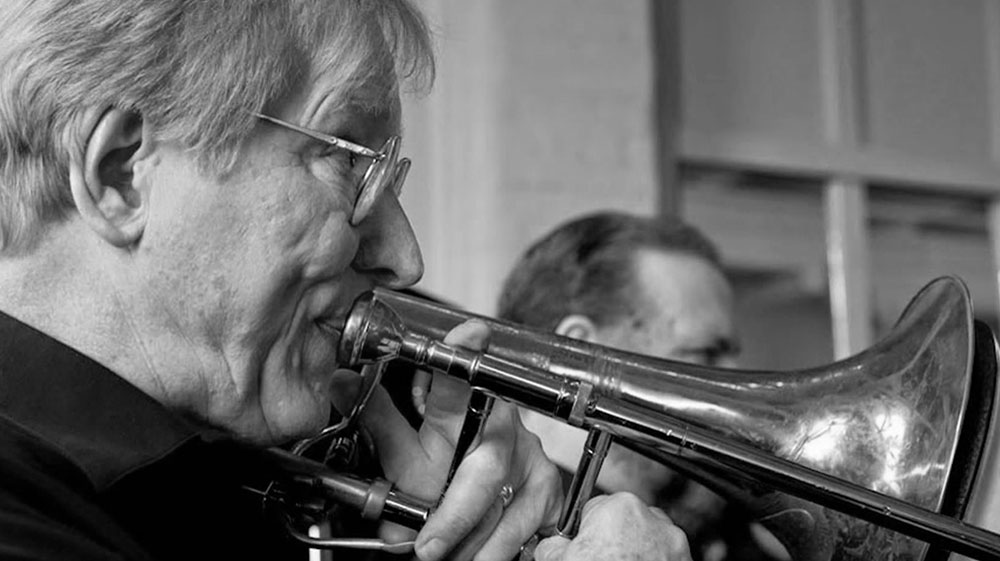 Born and raised in Cincinnati, Gary Langhorst has played bass trombone in the Blue Wisp Big Band since 1980. He received a Bachelor of Music degree from Indiana University where he studied with Lewis Van Haney, David Baker, and Dominic Spera and later toured nationally and internationally with the Glenn Miller Orchestra. Returning to school in 1994 to pursue music certification and later receiving a Master of Music Education both from Miami University.

As a freelance musician, Gary has been a member of School House Symphony and performed for many entertainers at Music Hall, Riverbend and been a part of many Broadway Series orchestras over the past thirty years beginning at the Taft Theater and later at the Aronoff Theater. He is currently a member of three other Cincinnati big bands: Pat Kelly’s Psycho Acoustic Orchestra, Hank Mautner’s Masterworks Orchestra, and the Paragon Dance Band.