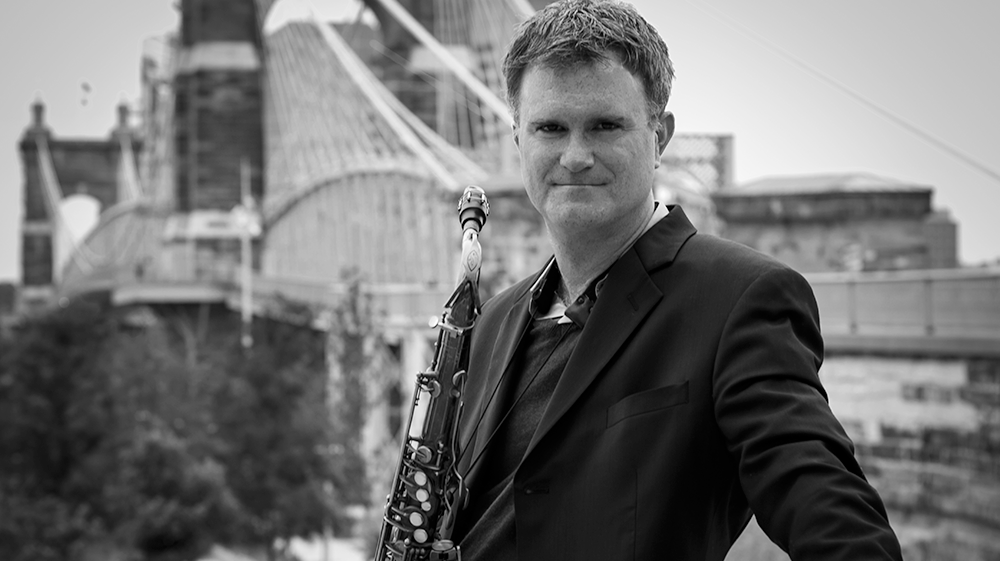 Brent Gallaher is a Cincinnati, Ohio based saxophonist and has resided there since 1988. He is an alumnus of the University of Cincinnati—College Conservatory of Music and was featured on their album Carnival of Life—1994, Alissa Records. While attending the CCM, Brent took a brief hiatus to join the Glenn Miller Orchestra. He toured with the ensemble from 1991–1992 and can be heard on their album Here We Go Again—1992 Victor. He returned to Cincinnati and the CCM in 1992 and in 1994 completed his Bachelors in Jazz Performance.

In November 1998, Brent was called to tour with the Tommy Dorsey Orchestra under the direction of Buddy Morrow. Brent was with the Dorsey band for just under a year. He returned to Dorsey in 2000 and was with them for an additional seven months.

In August of 2003, Brent completed the recording of his first CD Vanessa’s Song and it was released in March of 2004. Brent recorded with Over the Rhine, in the fall of 2004, on their album Drunkard’s Prayer—Virgin/Back Porch Records. He can also be heard on The Jazz Circle’s CD Joshua, which was released March of 2006. March 2010 marked the release of Brent’s second recording project titled Lightwave. Brent is also featured on the 2013 release of the CCM’s Faculty Jazztet’s CD After 5, Larry Dickson’s’ 2015 release Second Springtime, John Zappa’s 2015 release Moon and Shadow and Dan Karlsberg’s 2015 release The Nati 6.

Presently, Brent continues to freelance and can be heard with a wide variety of groups including The Vintage Keys Project, The Nati 6, the Pete Wagner Orchestra, the Blue Wisp Big Band, the Art Gore Quartet, and the Cincinnati Pops.